Bistro du Marché. A mark of excellence.  A luxury brand.  An extraordinary dining experience. And here’s why…

This La Jolla French restaurant excels in all the facets that constitute a perfect eatery.

The menu:  How’s this for a salad starter? White and green asparagus, deviled eggs, smoked eel and caviar.  Seriously.  Or this salad – blue crab and mangos with an emulsion of coconut milk and lime.  Nice.  Let’s discuss a crowd favorite entree – moules marinières and pommes frites.  The mussels hail from Salt Spring Island, British Columbia, and are the best on the market.  And this entree – diver scallops, green asparagus risotto, snow peas, and mushrooms.  Beyond.  The signature dish is the wild mushroom ravioli, port sauce, and parmesan Reggiano.

The service:  Diners are attended to by a myriad of waitstaff.  The hostess greets you with kindness and leads you to the table.  Bussers set up the tables, welcome the customers, fill water glasses, and continuously keep the tabletop tidy under their watchful eye. Then come the knowledgeable and amiable servers.  The food runners deliver the delicious goods. Hadrien, the Maitre D’, makes frequent visits to diners to answer any questions in an eloquent French accent.  All staff (minus the hostess and Maitre D’) are dressed out in chic black shirts, black trousers, and black aprons.  Marvelous.

The brick and mortar:  Stunning.  The wine wall is a work of art.  The bar is welcoming, and the oversized clock is a lovely touch, reminiscent of a French village. The restaurant is cozy and pretty. Now to the exterior.  Tables are set up beautifully outside on the pavement and perfectly spaced.  The atmosphere is festive and lively.  For those of us who are anxiously awaiting a return to Paris – this restaurant fills all of those senses. Minus the schlep and jet lag.

The chef:  Alain Delahaye trained in France and has worked in such notable Michelin star restaurants as Cafe de Paris in Biarritz and Argi Neder in Ainoha, Pays Basque. He has worked with Chef Patrick Ponsaty, who was named “One of the Best Chefs in America” by the James Beard Foundation.  Wow.

The behind the scenes:  Husband and wife team Sylvie and Jean-Michel Diot are a duo with remarkable previous experiences.

She – born in southwest France and worked as a PR and marketer for high-end retailer Galeries Lafayette, Aeromexico, and as a liaison between the U.S. and Monaco for tourism with the Monaco Government and Tourist Office.

The grand move of the Diots to San Diego gave birth to Tapenade, which opened in 1998 and quickly became a national and international foodies’ destination. Tapenade had an eighteen-year run, earning many awards and recognitions.  After closing Tapenade, Chef Diot, with his strong 45-year career in French cooking, now continues to craft innovative dishes at Bistro du Marché, which he opened with his wife in October 2015.  The restaurant was named after the La Jolla Farmers’ Market (marché fermier in French), where they like to shop and derive inspiration.

Why did the worldly couple choose La Jolla as their latest venture?  “We came to La Jolla in 1992 to follow America’s Cup races, says Sylvie.  “We watched the beautiful yachts in this gorgeous area of the world and decided that this was the spot for us.”, continued Sylvie.

Lucky us for that decision! Sylvie and Jean-Michel brought a bit of Paris to La Jolla!

Combine stunning locations with beautiful decorations, fantastic shopping and festive events and you have the perfect recipe for memorable holiday happenings.  While the holidays ...
Share:
VIEW MORE 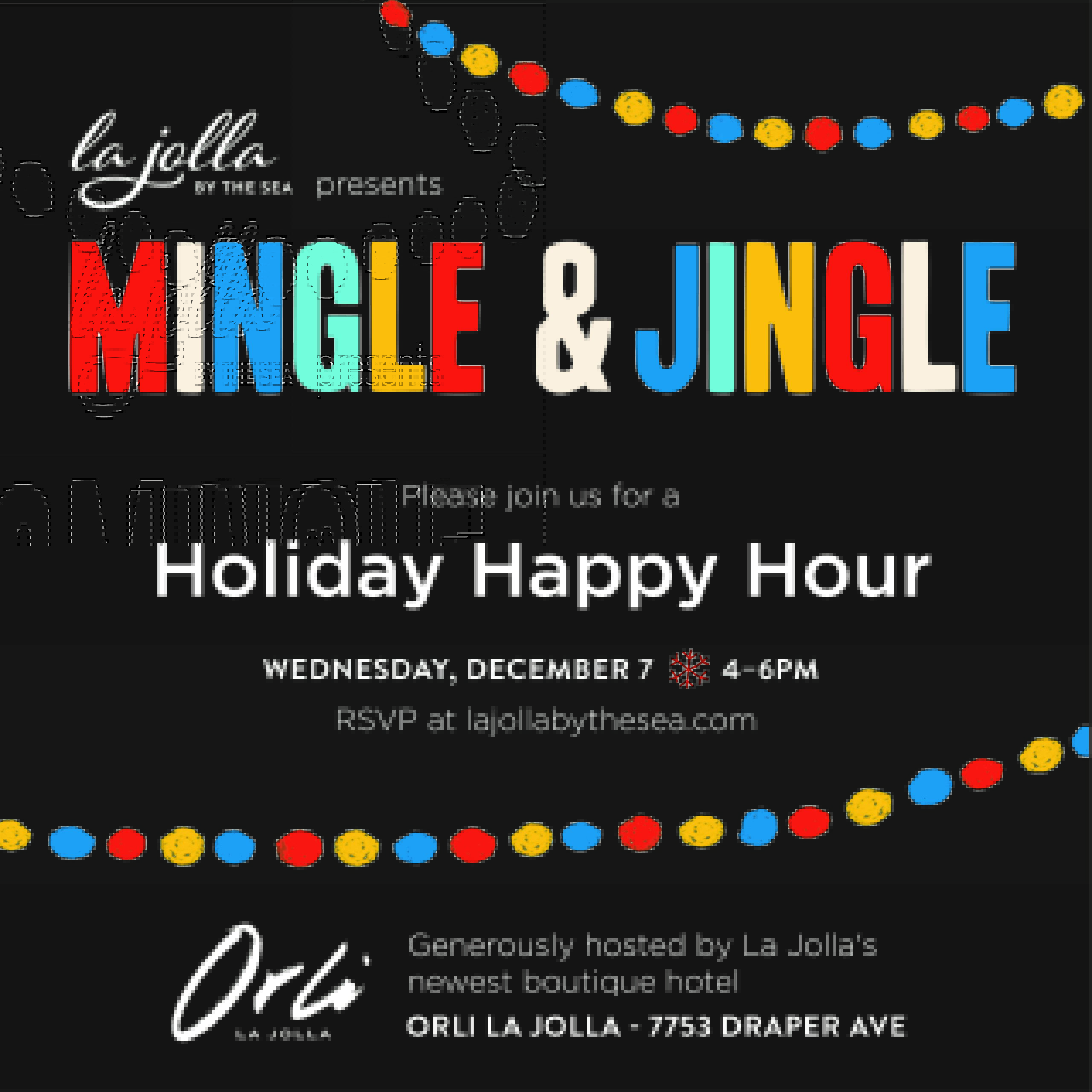